Running Philly: My First Half Marathon 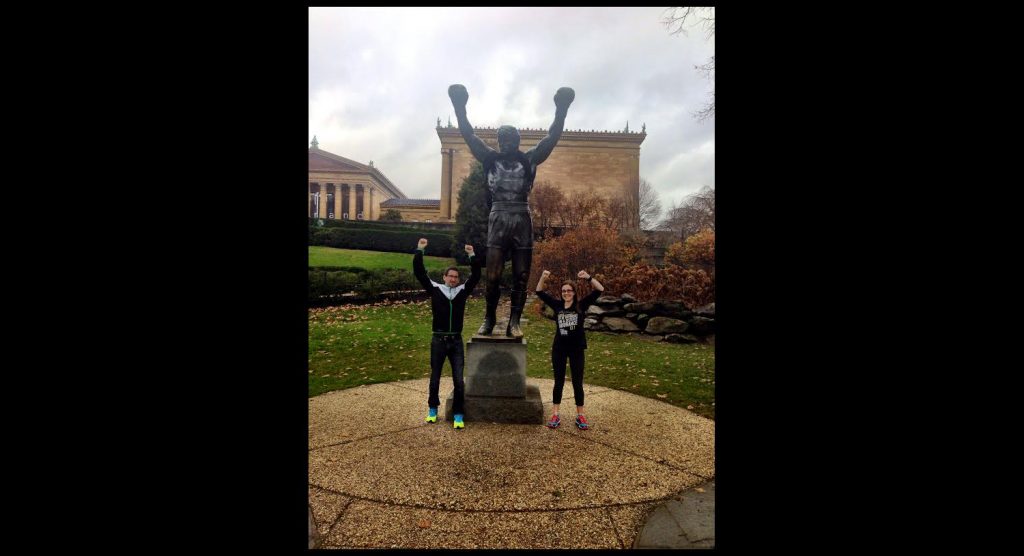 I set a number of goals to achieve in 2014. Running a half marathon was not one of them. In January, my focus was to complete my master’s degree program. In April, after Jonathan proposed, new priorities were planning a wedding and building a new life with my husband-to-be. It wasn’t until July when the thought of registering for a 13.1 mile race crossed my mind.

Why? I could answer that question in a number of ways. I could say a bunch of people started to ask me when I would do one. I could say I caught the bug after seeing Jonathan complete his eighth marathon. However, the truth is, I can’t pinpoint the deciding factor. Subconsciously, I think I was looking for a new challenge. So, I registered for the GORE-TEX Philadelphia Half Marathon.

Why Philly? The time of year was a factor. Spring and autumn are referred to as “race season,” which means those are the times of the year when the majority of half marathons take place. Therefore, I was constrained to local races that took place between September and November. Another factor was a bunch of local runners were planning to go down for the race. Plus, I heard great feedback about the course. I wanted the race to be fun. I knew a scenic race with familiar faces would make a special memory.

On September 1, I started to prepare for my race. I followed Hal Higdon’s Novice 2 training program: a 12-week plan that consisted of four running days, two rest days and one cross-training day each week. I only had to modify a few routines due to illness and lack of a local race.

The schedule was perfect for me because it did not put an emphasis on speed. I wanted a plan that would keep my efforts regular and honest, but that wasn’t overwhelming. I highly recommend this program for an individual who runs, but who wants to run the distance rather than a specific time.

My training taught me to embrace two things.
Dynamic weather
My first long run was on one of the hottest days of the summer while my last long run was on one of the coldest mornings of the fall. I felt fortunate being exposed to a variety of weather patterns because I didn’t know what it would be like on race day. Cold or warm, rain or shine, I had an idea of how Mother Nature would influence my body and mind.

Foam roller
I never knew how tight my muscles were until I visited a sports medicine doctor. I learned long runs can take a toll on the calves, hip flexors and lower back. Foam rolling exercises helped release lactic acid and stiffness in those tender areas. I used the foam roller religiously before each training run; it truly helped enhance my performance.

I woke up at 4:00 AM. I was anxious. I decided it was more important to decompress than to toss and turn in bed for an hour. So, I read a book until Jonathan woke up. At 5:00 AM, it was time to get dressed. I laid out tights the night before; however, I made a game day decision to wear shorts. The temperature was in the high thirties, but I knew I would warm up just like the temperature would during my race.

After the book calmed my nerves, my Nike+ watch stirred them up again. It wasn’t syncing to the satellites. I waited and restarted the connection multiple times during my 15-minute walk to the start line. With about 20 minutes to go, it finally connected. I was relieved.

At 7:00 AM, the gun went off. I was a few hundred feet from the start, so I didn’t cross the start line until approximately 7:14 AM. Despite the wait, I started to take everything in; the special memory had begun.

I tried to sightsee along the course, but discovered it was harder to do than I had originally thought. First, I noticed myself studying my watch (subconsciously, I had a time goal of under two hours; however, I told myself not to be disappointed if I didn’t reach it). Second, the course got crowded, which became very distracting. I had to focus more on not tripping and falling than on admiring Old City. Third, I wasn’t wearing my glasses. I never wore my glasses during a run; but, then again, I never went for a run where I wanted to explore at the same time.

1:56:45: That was the time when I crossed the finish line. For a split second, I felt like crying. Why? I have no idea. My legs and mind were tired; their fragile state likely influenced my reaction. All I knew was the moment that I worked toward for three months happened. I was happy, so much that I could have cried. Instead, I smiled and trudged along to collect the medal I earned!

My legs were sore for a couple of day; however, I didn’t let that stop me from running up the stairs of the Philadelphia Art Museum like Rocky! The race took place on the Sunday before Thanksgiving; I had plenty of time to rest, recover, and celebrate with close family and friends.

I may have not planned to run a half marathon at the beginning of the year, but it’s something I will reflect on years to come. I have my sights set on completing one or two half marathons in 2015. Will I ever run a full marathon? I don’t know. I don’t think I’ll be disappointed if I never do. Let’s just see where life takes me.

Have you completed a half or full marathon? Share your experience in the comments section. 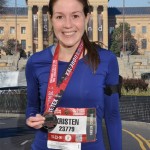 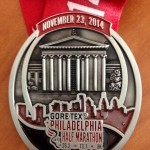 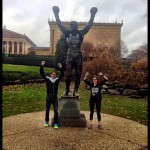