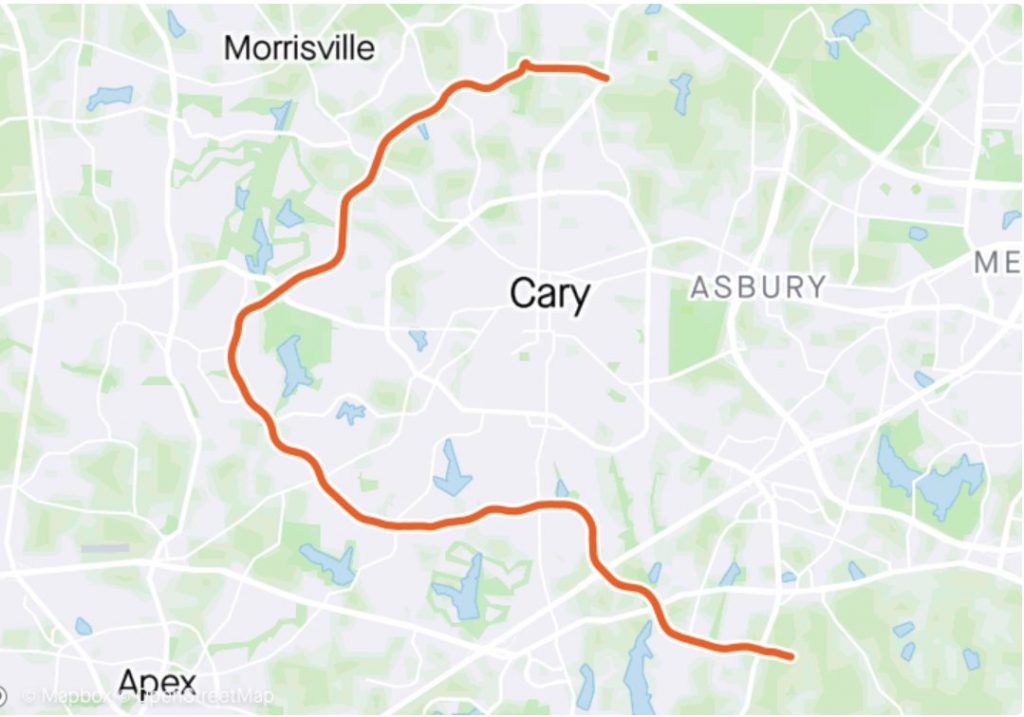 A lot has changed since my last blog post.

Globally, the world continues to battle COVID-19. In the United States, three groundbreaking vaccines are saving lives. Variants of the coronavirus are spreading and masks are still needed, but the light at the end of the tunnel is shining a bit brighter each day.

Personally, I moved to Cary, North Carolina. In September of 2020, Jonathan and I relocated to a town that we had only visited once — smack in the middle of the global pandemic. Between the contagious virus and the economic shutdown, we were unsure how we’d get to know people and the area.

This move is one of the moments in my life when I am thankful to be part of the running community. Jonathan found two local running clubs on Facebook. Shortly afterward, we started socially distanced running with Bond Brothers Run Club (BBRC) on Tuesday evenings and with Cary Run Club (CRC) on Saturday mornings.

On Tuesdays, BBRC runs through Downtown Cary. We check-in, run three miles, and then get dinner at the food truck on-site. If the weather is nice, we stay for a round of beer. On Saturdays, CRC’s runs rotate throughout the Cary Greenway system. We’ve literally run all around Cary thanks to CRC.

CRC organized the inaugural Cary Parkway Challenge on Saturday, April 10. Cary Parkway is a 12.6-mile highway that forms a partial loop around Downtown Cary. The road begins in North Cary at Cary Academy off of North Harrison Avenue, crosses through Morrisville, and ends just across Holly Springs Road nearby Southwest Raleigh. Like much of the Piedmont region, Cary Parkway is a stream of rolling hills.

After two years of no distance running, I was ready to train for a race. I developed chronic bone marrow edema in my left foot shortly after finishing the 2018 New York City Marathon. It took a long time for me to gain the confidence to run again. While I still experience flare-ups, I knew the only way I would truly know if I could run distance was by doing it.

Training for the Cary Parkway Challenge began on January 19. I followed the Hal Higdon Novice 2 Half Marathon training plan, which guided me to run four days a week for 12 weeks. For better or worse, I chose to forgo the plan’s cross-training on Sundays, which allowed me to rest three days each week.

It was a nice change of pace to run in the South during the winter! There were a couple of cold and damp mornings, but never did I have to worry about single digits! With good weather and little to no discomfort in my foot, the training was going surprisingly great —until week 10.

Week 10’s long run was 11 miles. A blanket of fog covered the town that Saturday morning. Jonathan and I could barely see the traffic lights on our drive to CRC’s meeting location. While we made it to the parking lot in one piece, I can’t say the same about my run. It was hard to see through the fog, and the humidity made it hard to breathe. By mile 6, I started to crack. By mile 9, I began to alternate between running and walking. And by mile 10, I felt myself gasping for air. It took every ounce of energy I had left to finish.

My training plan called for a 12-mile run the following weekend. I had not mentally recovered from my 11-mile run by then, so I ran 8 miles instead. I tapered for the rest of the week leading up to the day of the Challenge.

The weather was nearly perfect on race morning. It was 60 degrees and partly sunny. There was no fog nor rain, and the clouds of pollen of early spring were subsiding. About 50 runners lined up at Cary Academy to participate. At 7:30am, I started my run with the first wave.

About three-quarters of a mile down Cary Parkway, the course took a short detour through North Cary Park. The Park added wooded scenery and a set of stairs to the run. Soon enough, I was back on the main road.

The steepest hills appeared in the first few miles. My training and adrenaline got me up and over them. There were three water stations located at miles 4.5, 8, and 11.1. They were staffed by friendly volunteers and served as both rest stops and motivational milestones. I still felt good running from the first to the second water station. On my way to mile 9, I started to feel tired and the heat of blisters forming on my two feet. That lingering question, “Why am I doing this?” crossed my mind. By the time I reached mile 9.5 at Kildare Farms Road, I knew most of the rest of the course was either downhill or flat. That knowledge helped me push away the negativity and focus on making it to the third water station, which was a short way from the finish.

More friendly volunteers and Jonathan greeted me at the end. I completed the Challenge in 1:52:47 and was the first female finisher.

I made medals for all the participants. For me, the project added a new element of fun to the experience. Plus, I knew the runners would be thrilled to get a medal after conquering the almost half marathon distance, especially since COVID-19 canceled most races last year.

A big thanks to CRC for organizing this fun run, and to the Cary running community for being so welcoming! I’m happy to call Cary my new home and I look forward to experiencing more of the town’s activities as things get back to normal. 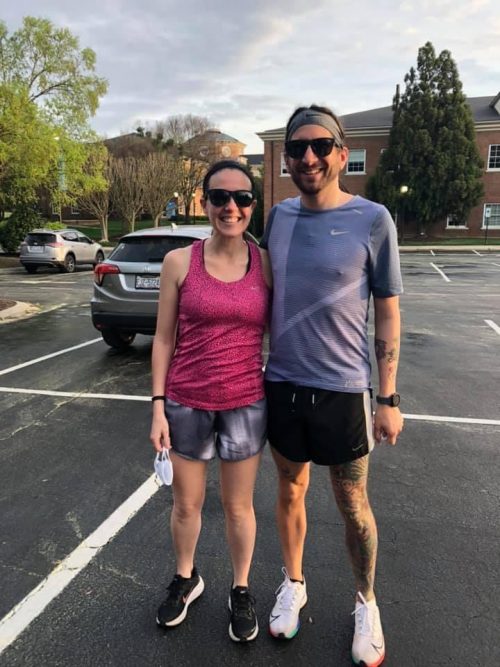 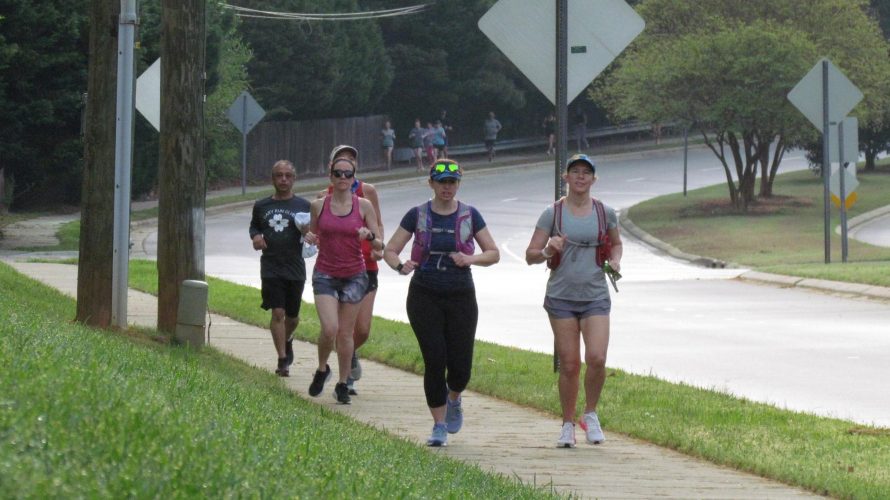 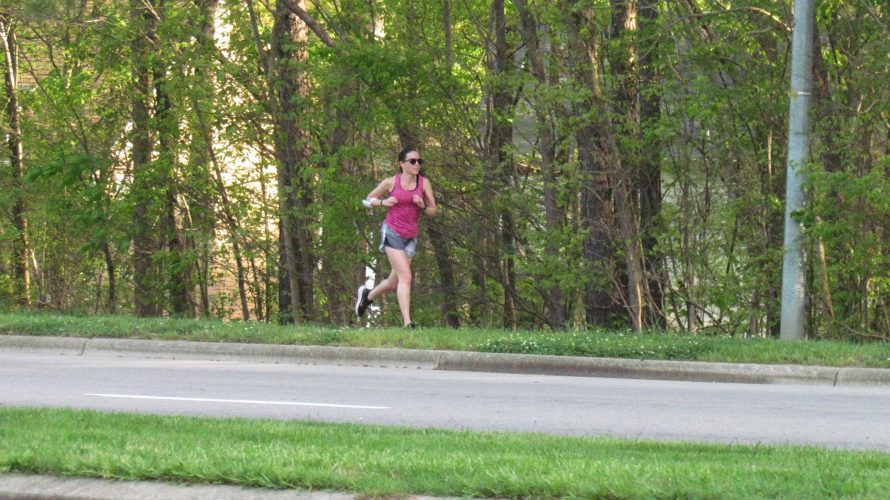 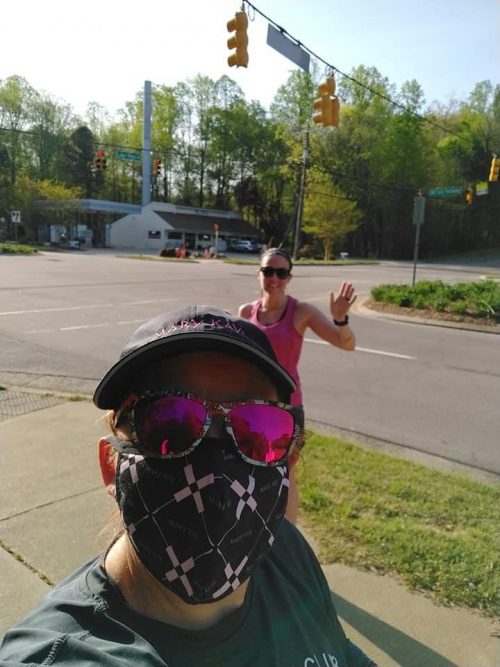 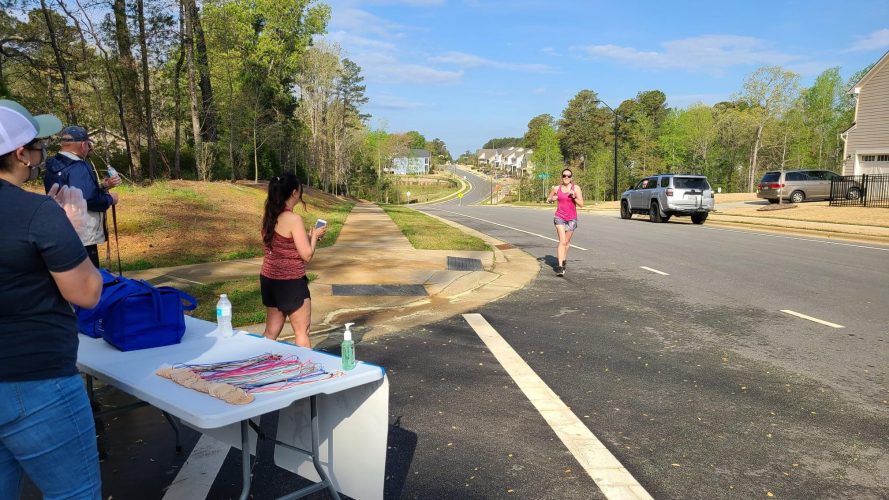 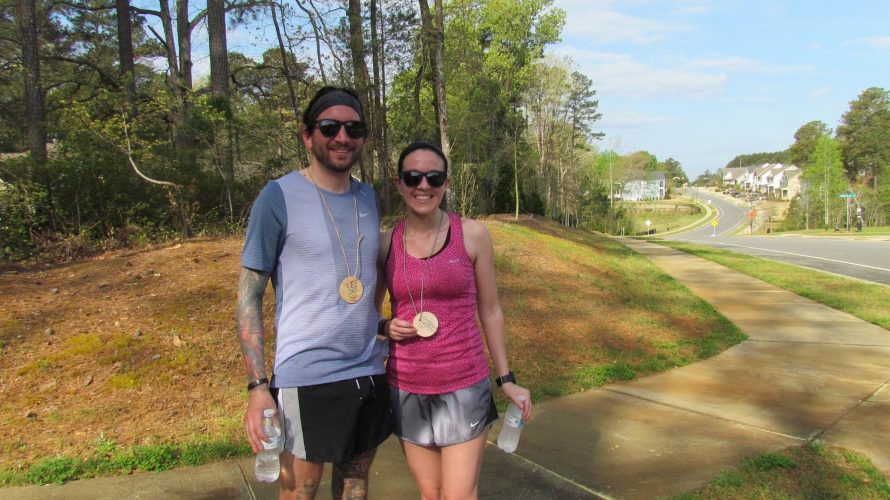 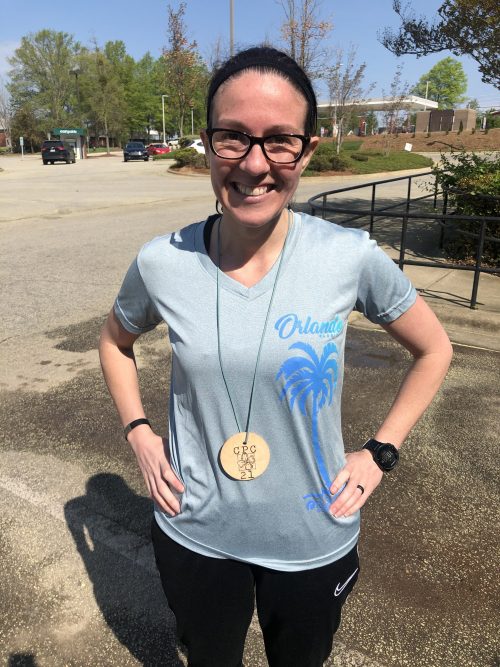 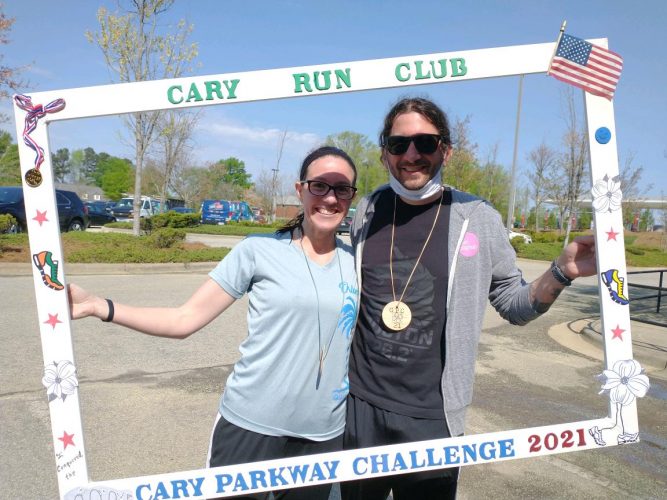 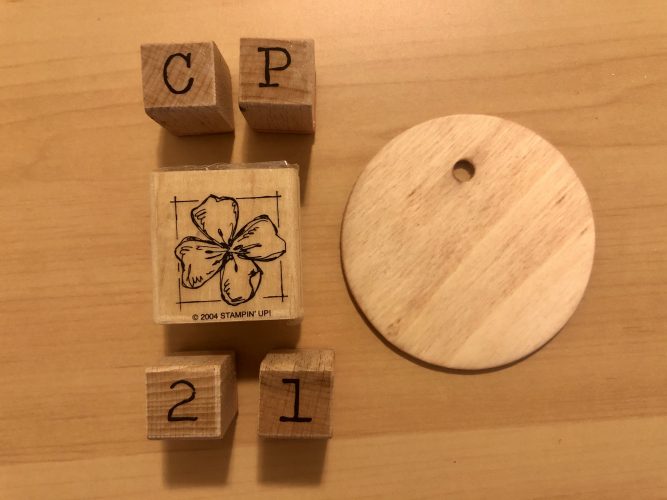 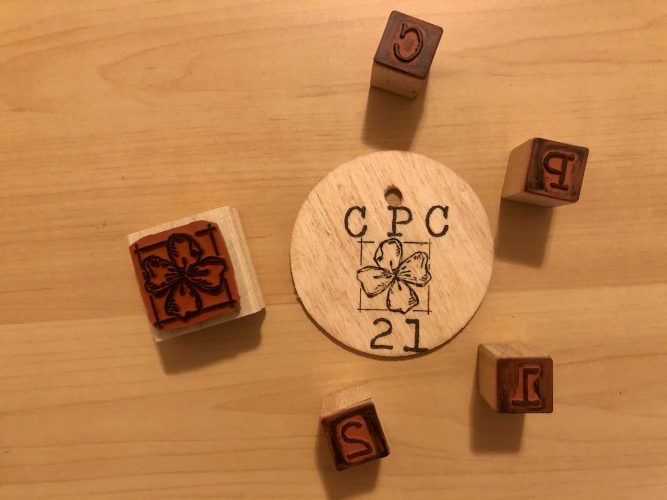 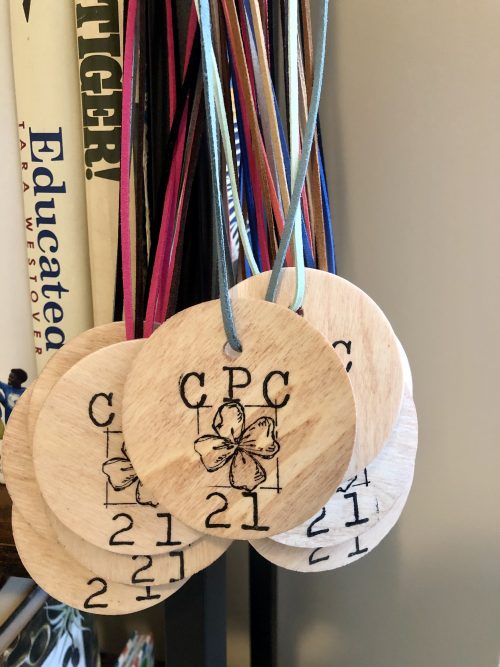 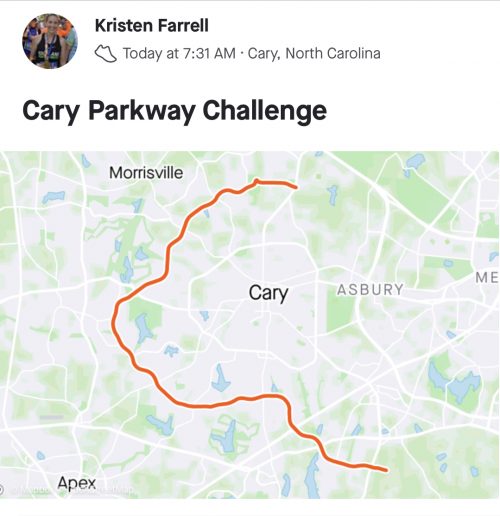 A Lesson About Time in the Age of COVID-19